Legendary MC5 guitarist Wayne Kramer has filed a lawsuit against Proctor & Gamble alleging that P&G’s depiction of a spotlighted rocker kicking out the jams with a stars and stripes guitar on its “Guitar Solo” scented Old Spice body wash constitutes a false endorsement and violation of his right of publicity. Check out the complaint in the pdf below.

Judge this one for yourself. Here’s Brother Wayne Kramer rocking his stars and stripes Stratocaster with the MC5 (as shown in Leni Sinclair's classic photo from the Complaint): 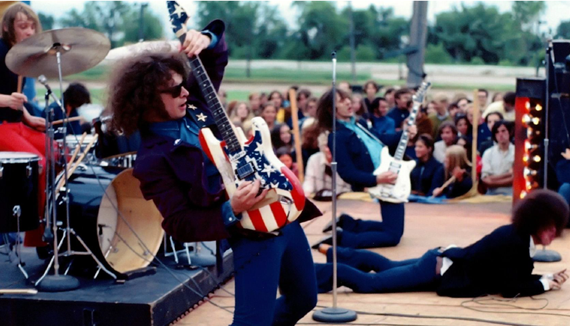 And here’s the Old Spice product:

The fact that Wayne Kramer who has 50 years of revolutionary cred is taking on Old Spice when he feels that his image is being exploited without permission shouldn’t be a surprise – but why now? It seems that there might be a backstory on this one. The complaint indicates that the product was advertised and sold in 2018 and doesn’t refer to any sales after December 2019. Perhaps the suit was filed because P&G wasn’t responding to Wayne Kramer’s attorney or maybe settlement talks broke down?

While you think about how this one might turn out, check out this vintage video of Wayne Kramer and the MC5 from 1969 and imagine the scent of “Guitar Solo” which Old Spice describes as “the stadium-size scent of apple, citrus and spice."

Let me know your prediction (or favorite MC5 song) in the comments.

"Mr Kramer is appalled, disgusted, and embarrassed to see his image and/or likeness falsely endorsing defendant’s [body wash] products because such unauthorized use creates a perception of hypocrisy in the public eye and irreparably undermines the important international social work that has been Mr Kramer’s adult life’s mission, the value of which is immense and cannot be overstated" 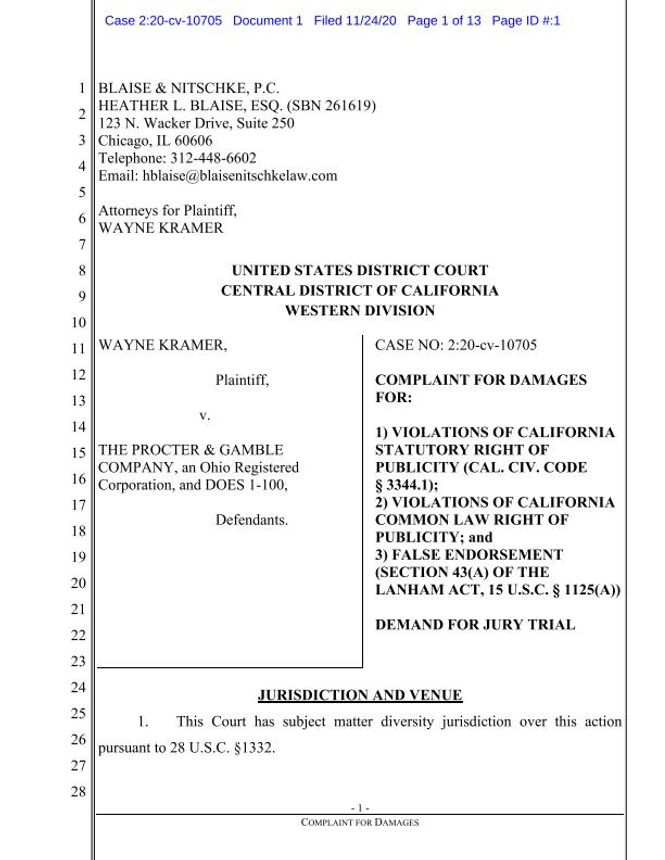