Insects may be coming to a restaurant or dining table near you -- if you live in Europe.

The EU's Food Safety Authority has decided that grubs -- specifically beetle larvae -- are safe for human consumption. This is one of the first steps toward the acceptance of edible insects as a protein source, in lieu of beef and other animals. While the initial reaction of those in most Western cultures is "yuck," the idea of using insects to satiate the planet's appetite for sustainable protein is not new. As this article notes, in countries such as Thailand, Laos, Japan, and even Mexico, bugs are part of the diet, some are even considered a delicacy. According to the United Nations, an astonishing two billion (that's right, billion with a "b") people regularly consume insects. Research is being conducted by the UN to study the role bugs may play in fulfilling global food needs. While I don't see broad acceptance of insects in the Western diet anytime soon, it might not be long before flour made from grubs and roasted crickets show up on store shelves and restaurant menus in Europe. And as time goes on, the "yuck" factor will dissipate.

Wednesday’s announcement means the grubs—actually beetle larvae—could soon be ground down and used as a protein-rich flour to make pasta and bread, or consumed whole in stir-frys and other recipes. The next steps involve getting marketing and labeling approvals, and for the European Commission to sign off on the European Food Safety Authority’s decision.in 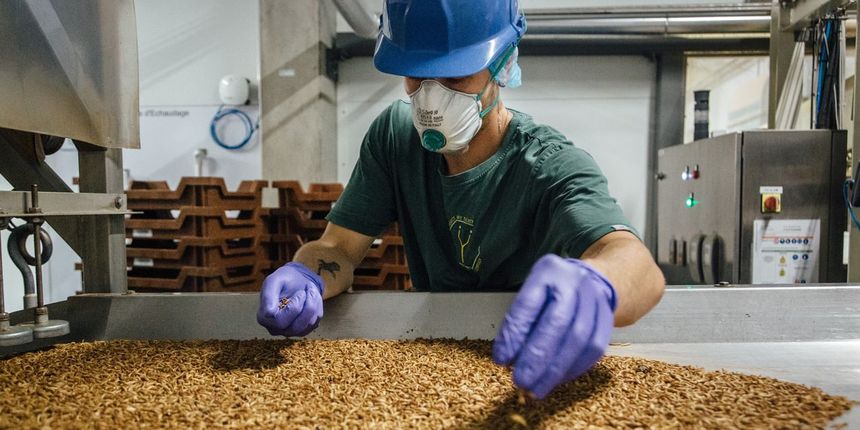