Helping the Brewing Industry Evolve in a Post-Pandemic World 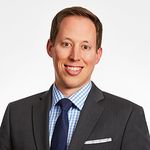 Alcohol production, distribution, and sales laws in most states remain a slowly evolving vestige of a post-prohibition regulatory world.  Due to certain market factors, beer laws in many states have been the slowest to change, even as wine producers (and now cannabis producers in some places) gained flexibility in how they can deliver their products to customers.  The pandemic has been a hardship in many, many irreparable ways.  But if it accelerates the evolution of laws impacting breweries to put them on similar footing to other regulated industries, that could be a long term benefit.

Danielle D’Alessandro, executive director of the Illinois Craft Brewers Guild, said expanding the routes for breweries to sell directly to consumers is “a natural evolution of consumer preferences.”

Learn more about the legislation via @hopnotes @chicagotribune https://t.co/RLoFL0FnKj